In a previous post, we gave notice that Martin Doyle was going to be unavailable for a few weeks due to having to go to hospital for an operation. Martin has now had that operation (August 07, 2018) and it was a biggie – a quadruple bypass open heart surgery.

We are happy to announce that the operation went very well and Martin is now in recovery mode. What is remarkable is the rate of his recovery – something that the nursing staff have been commenting on quite a bit. He was in CVICU for 24 hours and within a few short hours of being sent from there to the recovery ward, Martin’s daughter Aoife recorded the following short video of Martin sitting up in his hospital bed playing a tune on his whistle! His comment, “It was good to play the whistle as the music is so healing.”

It just goes to show that you can’t keep a good man down!

We will post another update as time passes. Thanks to everyone for their prayers and messages of goodwill for Martin’s wellbeing. This heartfelt support has been really helpful and is much appreciated by Martin, his family and close friends.

Martin Doyle recently sent a flute to Russia and, after some initial delays, it finally reached the hands of its new owner who kindly expressed his joy with these words: 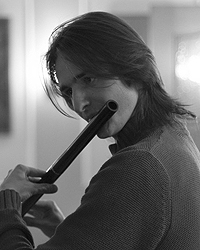 I finally got the flute and it is incredibly beautiful! You are an expert in beauty and the sound is perfect! I have never seen and never played a flute easier than this one. This is a work of art for me!

Lately I’ve been studying a lot about the relationship between geometry and the sound of flutes. But the strong D of this flute – a mystery to me. I do not know how you manage to do this. This flute permits me to do the impossible! Unfortunately, I don’t quite know very well English, to tell you my impressions! But, believe me, it’s endless! I have very long dreamed of a flute like this and now the dream has come true!

END_OF_DOCUMENT_TOKEN_TO_BE_REPLACED

Here’s a video clip of Joe Doyle playing The Mother and Child reel – complete with background accompaniment from the local bird life. Joe is playing a keyless Martin Doyle flute made from Brazilian rosewood in the key of D.

Here’s a lovely new tune played by Joe Doyle – a jig he composed in honour of his father, the flute maker Martin Doyle. Joe is playing a keyless Martin Doyle D flute made from Brazilian rosewood.

It has to happen every now and then… spring cleaning that is. And in New Zealand, where Martin Doyle’s webmaster lives, it is spring – so the timing is perfect. The southern spring has sprung and Martin Doyle has a new website – well, a new template at least. Same content pretty much, with some minor additions and the odd little tweak here and there – a facelift in effect. 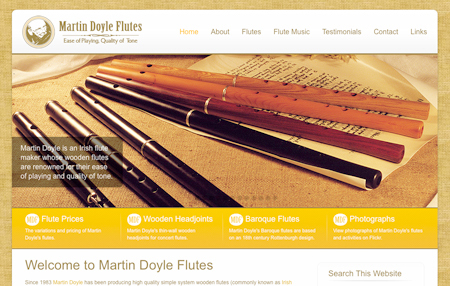 Recently added to the Martin Doyle’s flute music page is a lovely piece composed by Martin’s son Joe Doyle. Joe was out in the garden at his father’s home in County Clare a couple of weeks back, ‘playing around’ with his recently acquired Martin Doyle rosewood D flute, when a tune drifted through the music-rich ether of Clare and manifested itself through Joe and his flute. Joe dedicated the tune to his father by naming it ‘The Flute Maker Martin Doyle’ (‘by the flute maker’s son’, as Joe quipped) and recorded it later that day.

Here is a video clip of Irish musician Ciarán Mac Fheidhlimidh playing Irish traditional music on a Martin Doyle flute. Unfortunately we do not get to see Ciarán playing; rather it is an audio clip played under a still photo of a flute that not a Doyle. The tunes that Ciarán is playing in this flute video are The Bag Of Spuds and The Boys On The Hilltop – both reels. Martin Doyle was quite taken with Ciarán’s flute playing and we hope you enjoy it as well.

Ciarán is also an accomplished piper and here’s an example: 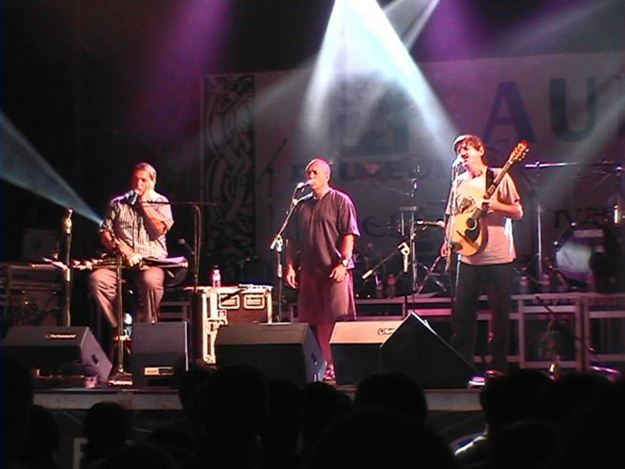 Ronan Browne (uilleann pipes, flutes, vocals) is widely regarded as one of the great virtuosos of the uilleann pipes, Ronan has carved out an international reputation both as concert performer and session musician. Ronan is the piper on the original recording of Riverdance and is also the original piper with the Afro Celt Sound System, appearing on their first two top-selling albums. Read more: About Ronan Browne »

Desi Wilkinson (flutes and vocals) is one of the leading exponents of the traditional Irish flute (“the timber flute”) and a fine singer, to boot. Originally from Belfast, he was inspired to get involved in Irish music through the playing of Fermanagh fiddler, Tom Gunn, a near neighbour. It was from Tom that he learned his first tunes. Read more: About Desi Wilkinson »

Seán Corcoran (bouzouki and lead vocals) has had a long career as a solo singer before founding Cran with Desi Wilkinson, and is internationally renowned as a skilful interpretor of songs from the Irish tradition, both in English and Gaelic. Read more: About Seán Corcoran »

END_OF_DOCUMENT_TOKEN_TO_BE_REPLACED

Martin Doyle is an Irish flute maker whose simple system wooden flutes (aka Irish flutes) have become renowned for their ease of playing and quality of tone.

Born in Dublin, Ireland, Martin Doyle grew up in the seaside town of Bray in County Wicklow. One of four children in a family with music in their blood, Martin was influenced and inspired by his mothers melodious singing from a very early age – learning songs that have stayed with him to this day.
Read more: About Martin Doyle »